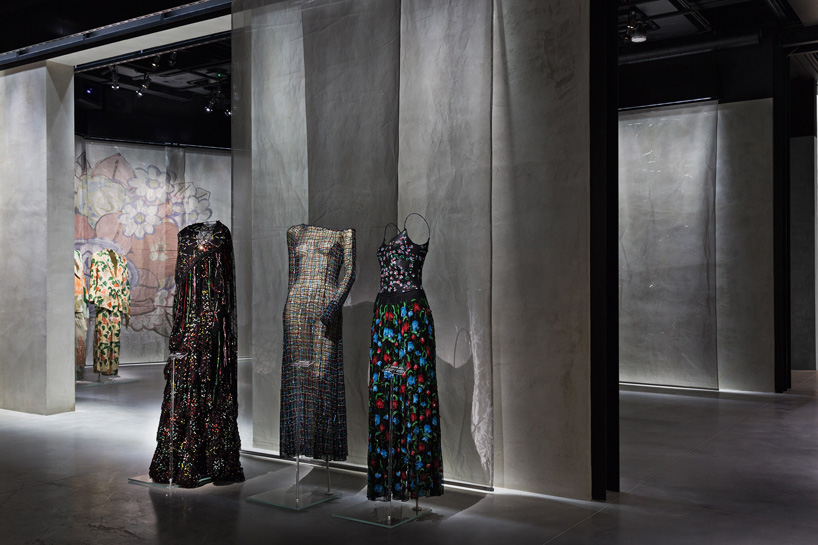 Did you know that Giorgio Armani is nicknamed “King Giorgio” in Italy? Maybe you didn’t, but it won’t take long for you to guess why. Giorgio Armani started out in fashion as a window dresser  and has gone on to become Italy’s most successful designer, whose label, launched in 1974, was soon to become a milestone in the history of fashion. Cemented in the public imagination for dressing Richard Gere in American Gigolo in 1980, the Armani brand is particularly famous for its iconic suits, whose aesthetic minimalistic signature is highly recognizable and appreciated worldwide.

Milan is the city that served as a launchpad for Giorgio Armani’s global empire and now hosts an exhibition offering visitors a unique “dive”  into the heritage and culture of the brand. The striking exhibition space, called Armani Silos, is located in the Tortona district and was unveiled one year ago, to celebrate the brand’s 40th anniversary.

An authentic “temple of fashion”, Armani Silos is filled with 600 garments and 200 accessories that include daywear, stunning gowns, haute couture masterpieces, and so many examples of exemplary suiting.  The selection does not follow a chronological order, but shows the different styles divided by themes, themes that have inspired and continue to inspire the creative work of Giorgio Armani. The works on display are accompanied by a digital selection of sketches, technical drawings and illustrations and by a rich collection of images of the stars who have worn the iconic garnments, as well as photos of fashion shows and advertising campaigns.

Armani’s philosopy is not only on display in the works, it is also condensed in the building hosting the exhibit. The building’s origins as a 1950s Nestle granary, is yet another testament to the legendary designer’s practiced minimalism. ‘I decided to call it Silos because this building used to store food, which is, of course, essential for life. For me,  just as much as food, clothes are also a part of life’  said Giorgio Armani, who personally conceived and oversaw the renovation of the space. It is not the first place the designer concieved and designed: the iconic Armani Hotel in Milan is another example of the brands’ values.

We use cookies to ensure that we give you the best experience on our website. If you continue to use this site we will assume that you are happy with it.OkTerms and Conditions